African bush elephants, also known as savanna elephants, are majestic animals that are incredibly resilient in the face of habitat loss and adversity from other animals. Naturally, when you have an animal as large as this one, it’s understandable that people would want to see one in person. Although elephants don’t have any predators besides humans, they’re still at risk from getting attacked by other large animals that could orchestrate a well coordinated attack, such as one that would come from lions. Nevertheless, this species is vulnerable, and instead of enslaving them inside zoos for people’s enjoyment, we decided to make inflatable elephants in their stead. 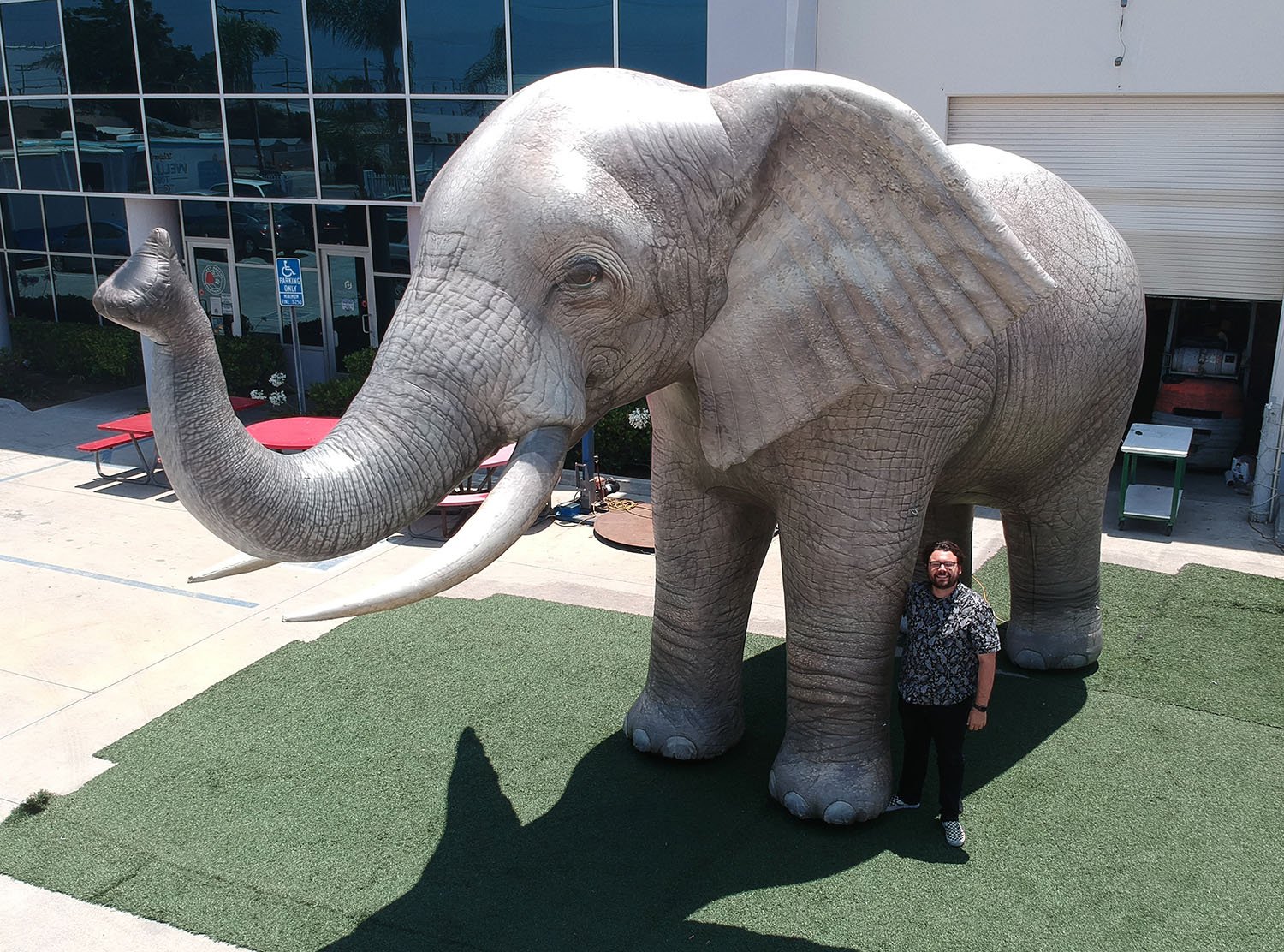 We wanted our inflatable elephant replica to be as realistic as possible, which is why we used the highest quality imagery and graphics we could find and create. Elephants have some key characteristics, such as large ears, a big trunk with tusks, and grey wrinkly skin. Having naturally grey skin, these large creatures have the ability to reflect some sunlight from their light appearance, helping them stay cooler during hot days. Our digital graphics department did an excellent job blending photorealistic imagery together to form the realistic texture appearance of the animal’s skin. All the lovely wrinkles and folds are there to mimic a real elephant’s skin and in future implementation, animatronic appendages will be added to further convince people that the elephant they’re looking at could be real.

These gentle giants aren’t normally aggressive toward other animals unless they’re provoked or their young is threatened. Our inflatable elephant is happy, which is why it looks like it’s smiling. Elephants can articulate their trunk like an arm and can grab things with it including water. In future versions of this elephant replica, we’ll be adding animatronic trunks and tails for improved realism. Elephant brains are also fairly large, which makes sense since elephants are curious and intelligent animals. Sadly, many of the ones in captivity go insane and kill people, especially the ones in cruel circuses. These large animals are best left alone in their natural habitat. 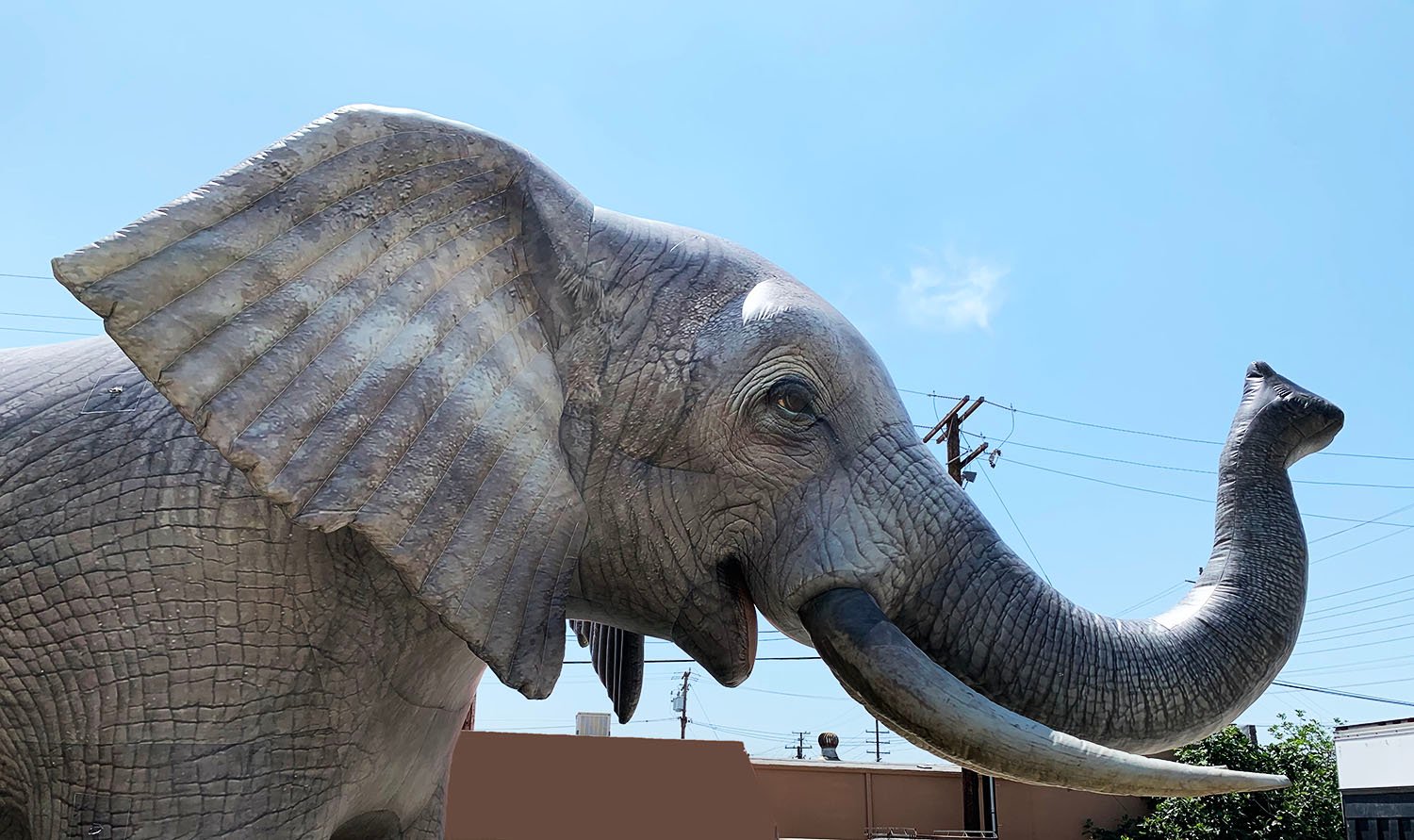 This inflatable replica is based on the African bush elephant, which on average weighs around 6 tons! That’s the weight of about 3 compact cars! Perfect for safari themed parties, this elephant will really set the stage. This commercial grade inflatable prop is excellent for parties, photo shoots, theme parks, and special exhibitions. Fully digitally printed with meticulous detail, this elephant replica looks just like the real deal and people will love it. 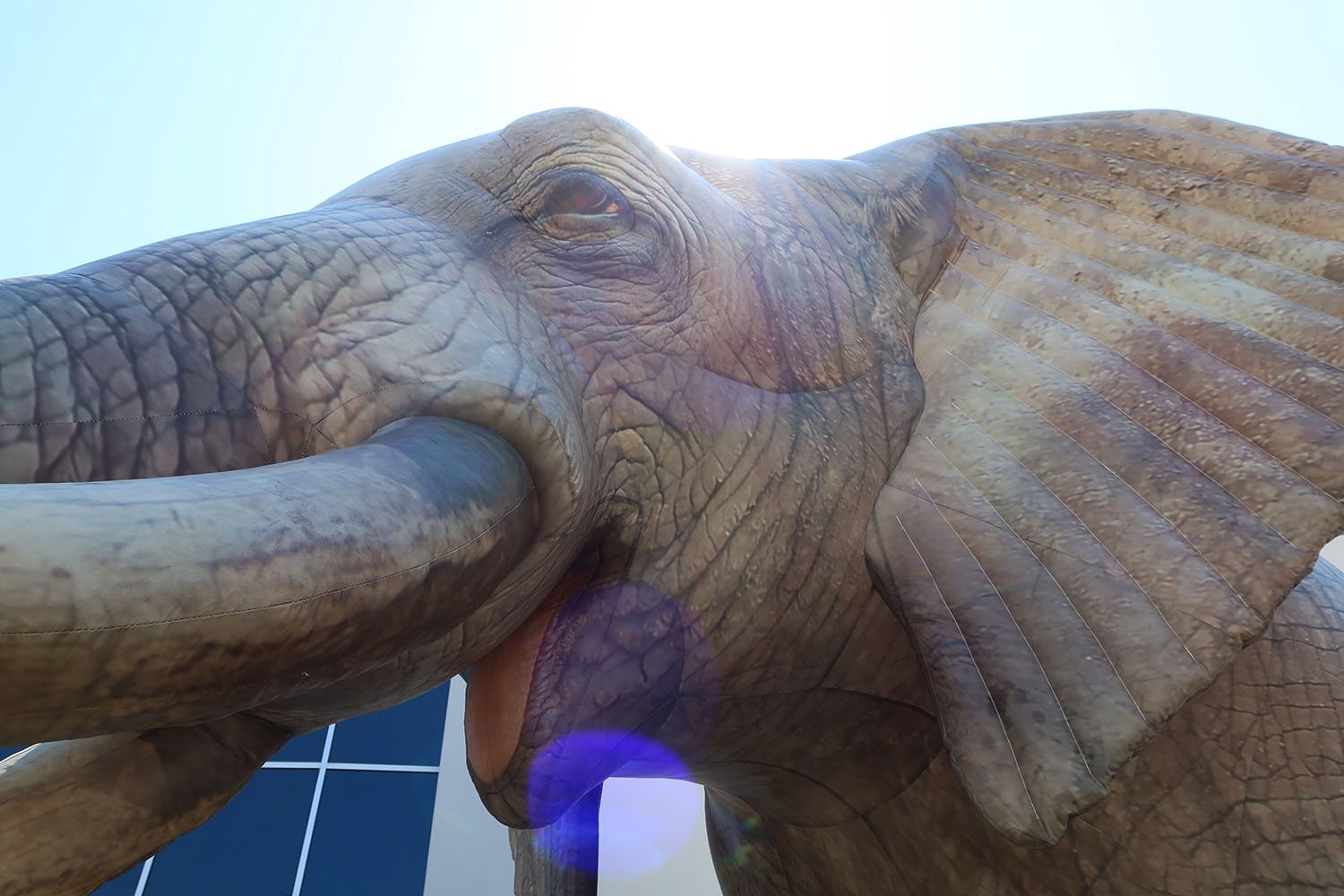 Museum exhibits can also benefit from using our inflatable elephant. It’s important for people to know that our involvement is causing their destruction. Unfortunately, the African elephant population numbers have gone down significantly as a direct result of habitat loss due to human activity and poaching. Ivory is concentrated in elephant tusks and the black market thrives on the trade of this bone. Ivory is believed by many to have medicinal properties, although it is not scientifically supported. The unethical exploitation of these animals due to their highly desired trunks needs to stop if they are to survive in the coming generations. 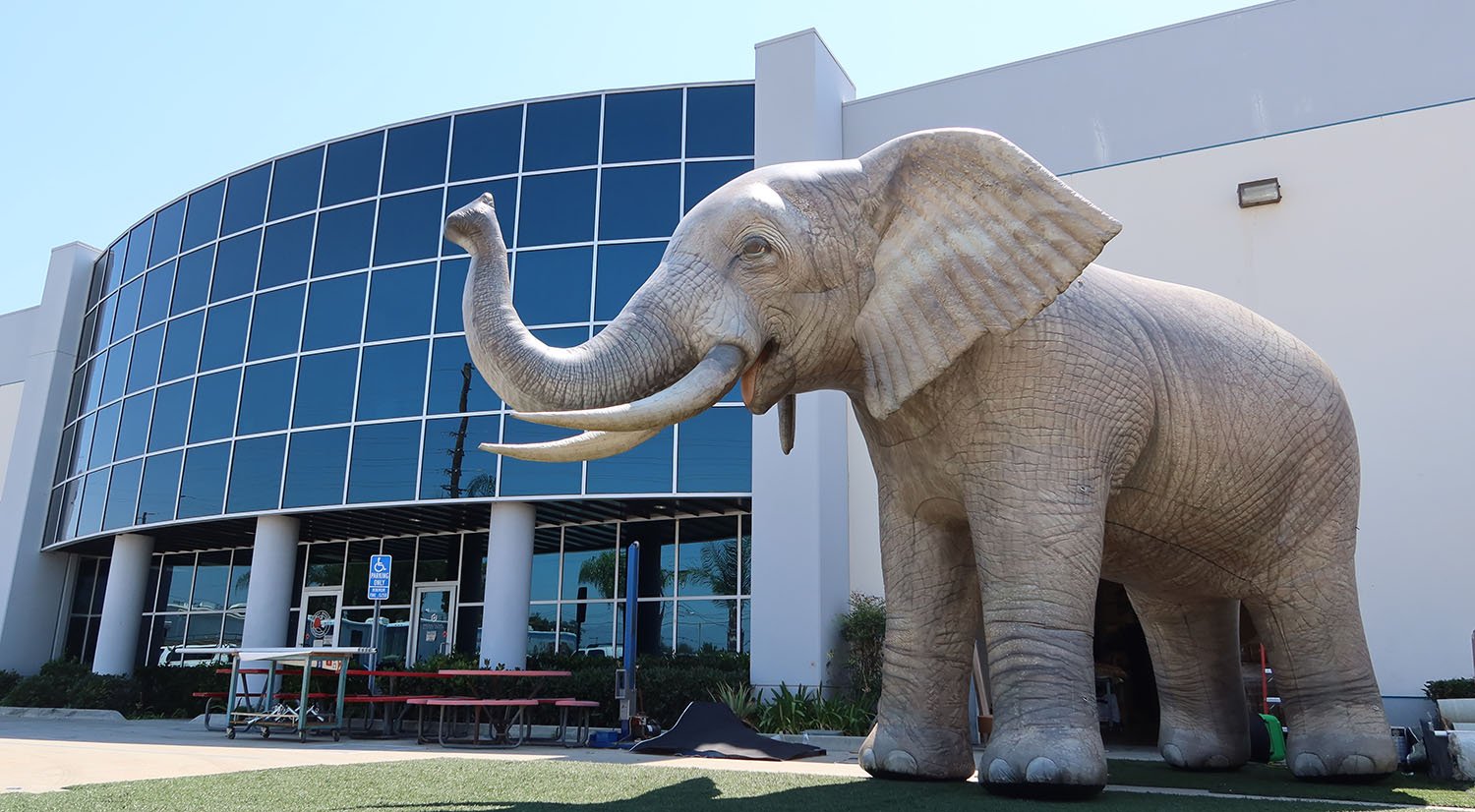 Businesses and corporations need an image, which often comes in the form of a logo or mascot. This inflatable elephant can become your next mascot! Attract more customers to your location with a stunning realistic inflatable elephant. Printed in brilliant detail, this elephant features a fully detailed shell, which can also be customized with logos. In order for this elephant replica to look so real, it required a great deal of time in the design department. Our design team is comprised of people with over 40 years of combined knowledge in custom designed inflatable shapes and structures. Our team first creates a 3D model using a program like 3ds Max, and then surface patterns are created to help construct the replica in pieces. These patterns must line up perfectly for the whole system to work. Once the patterns are printed, they’re then coated, cut and sewn to complete the work.

This inflatable elephant is heavy duty and constructed with top grade materials such as vinyl coated polyester. We also use an industrial grade nylon. These two materials are the best materials for sewing and making into inflatable shapes. Their flexibility and interweaved properties make the material resilient and durable for long applications. Our inflatables are meant to last for many years, which is why many businesses use them on their rooftops to attract attention. We have clients that have used our inflatable props for years and the inflatables still stand. Sure, after a few years, the colors will eventually lose a little of their shine, but they will stand strong. If you take care of your inflatable, it will provide you many years of use.