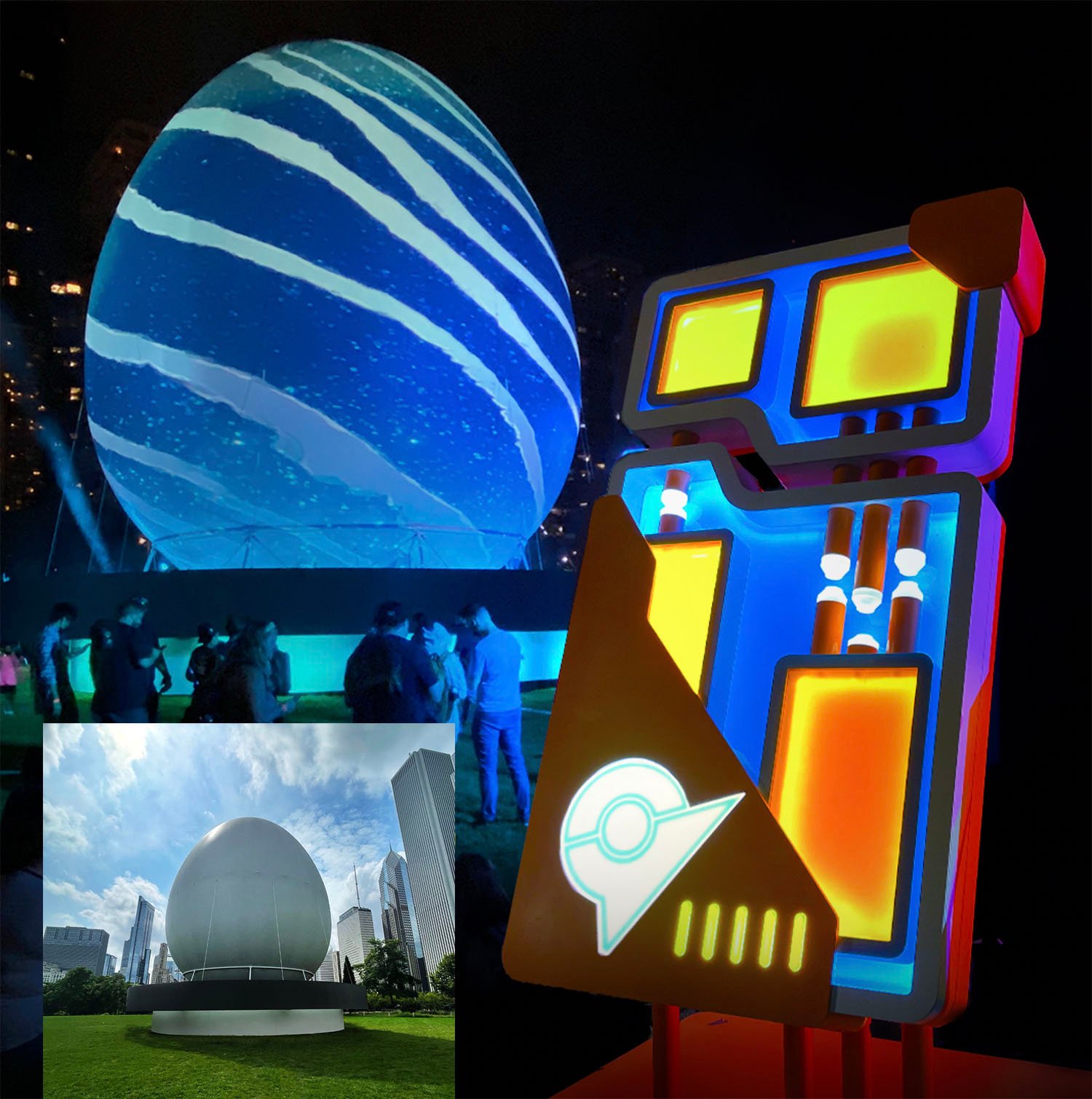 When it comes to making an impression, we have seen that a giant inflatable prop usually makes it easy. Whether you're looking to get an inflatable prop for a film or show, or just looking to advertise at a local spot, we can make something that you're going to love. 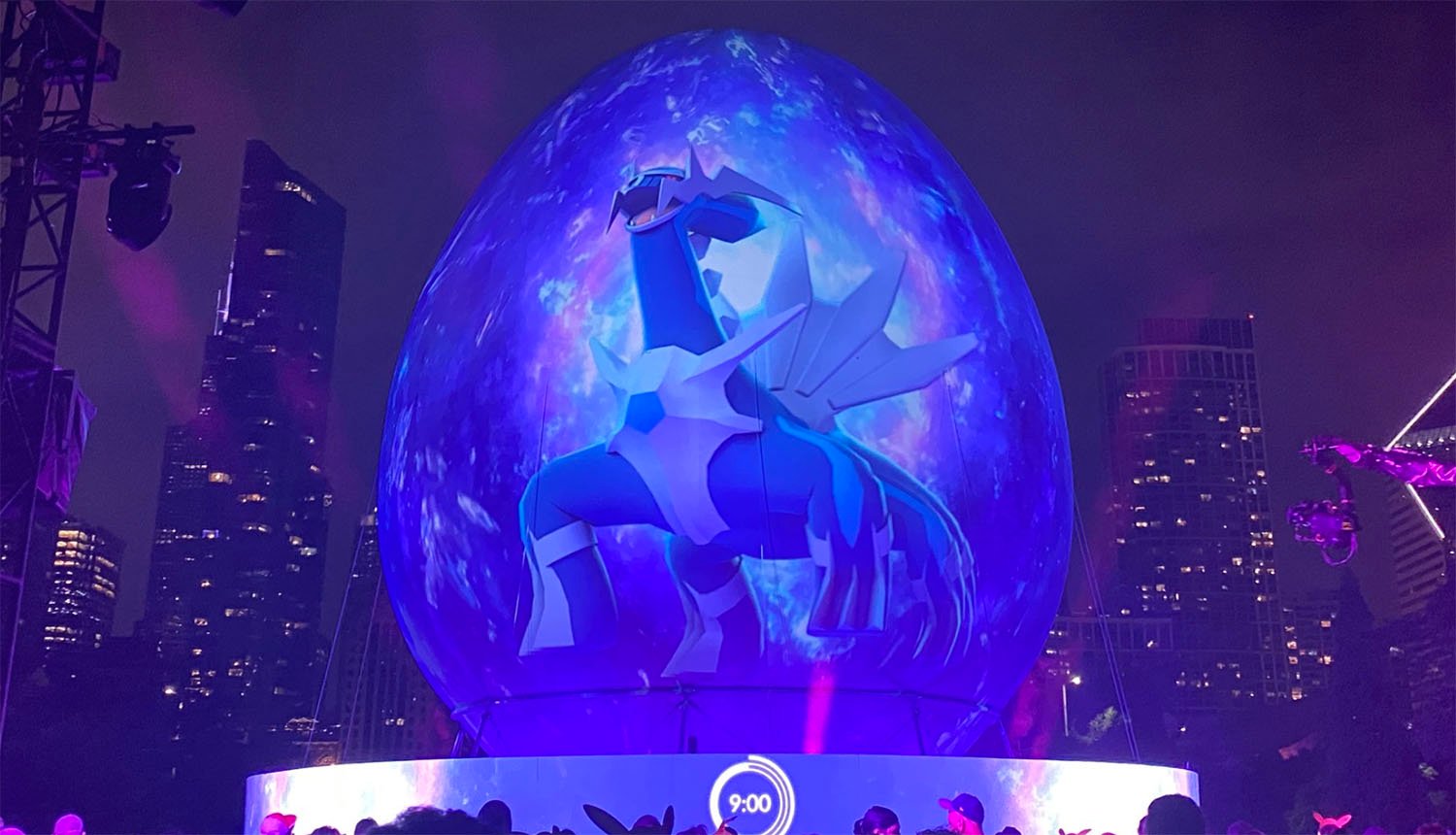 This giant egg was the star of Pokemon’s Go Fest which launched the newest version of the mobile game. Set up in the Windy City of Chicago, Illinois, this gigantic 50' inflatable egg didn't move an inch. The wind prone city is accustomed to wind speeds up to 50 MPH. Fortunately the elements didn't get too out of hand, but that wouldn't have stopped thousands of Pokemon fans from trekking their way to the spectacular event. Pokemon Go is a widely used augmented reality mobile game that was released back in 2016. The game was an instant hit, with millions of users around the world. With that type of fandom, it's no wonder why a shiny new version was released in such grandiose fashion. Check out the quick recap in the video below:

The surface of the gigantic egg was used as a three dimensional 360 degree movie screen. Phenomenal visuals were displayed throughout the night whilst players interacted with on-egg-screen prompts. The night ended with an explosive fireworks display. 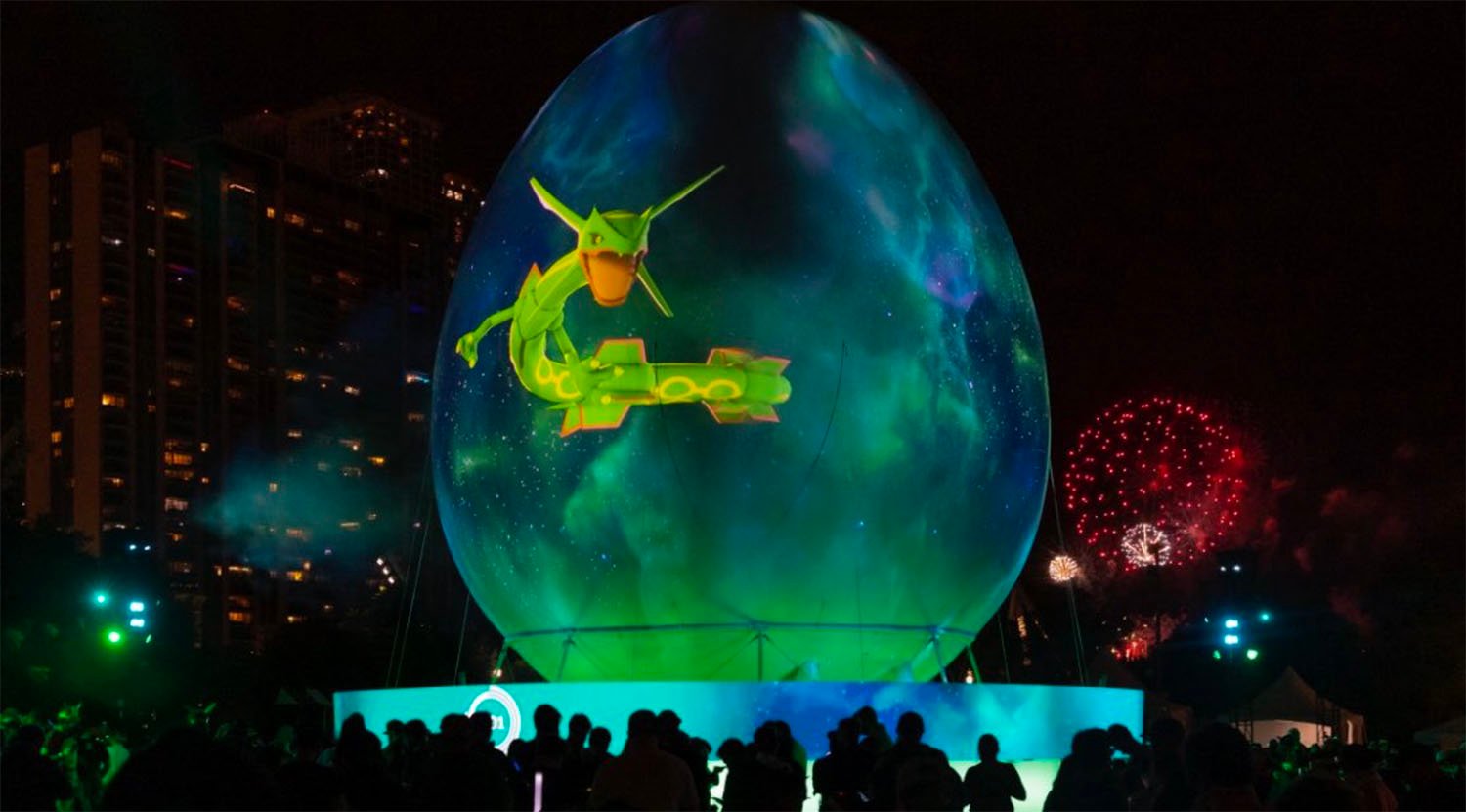 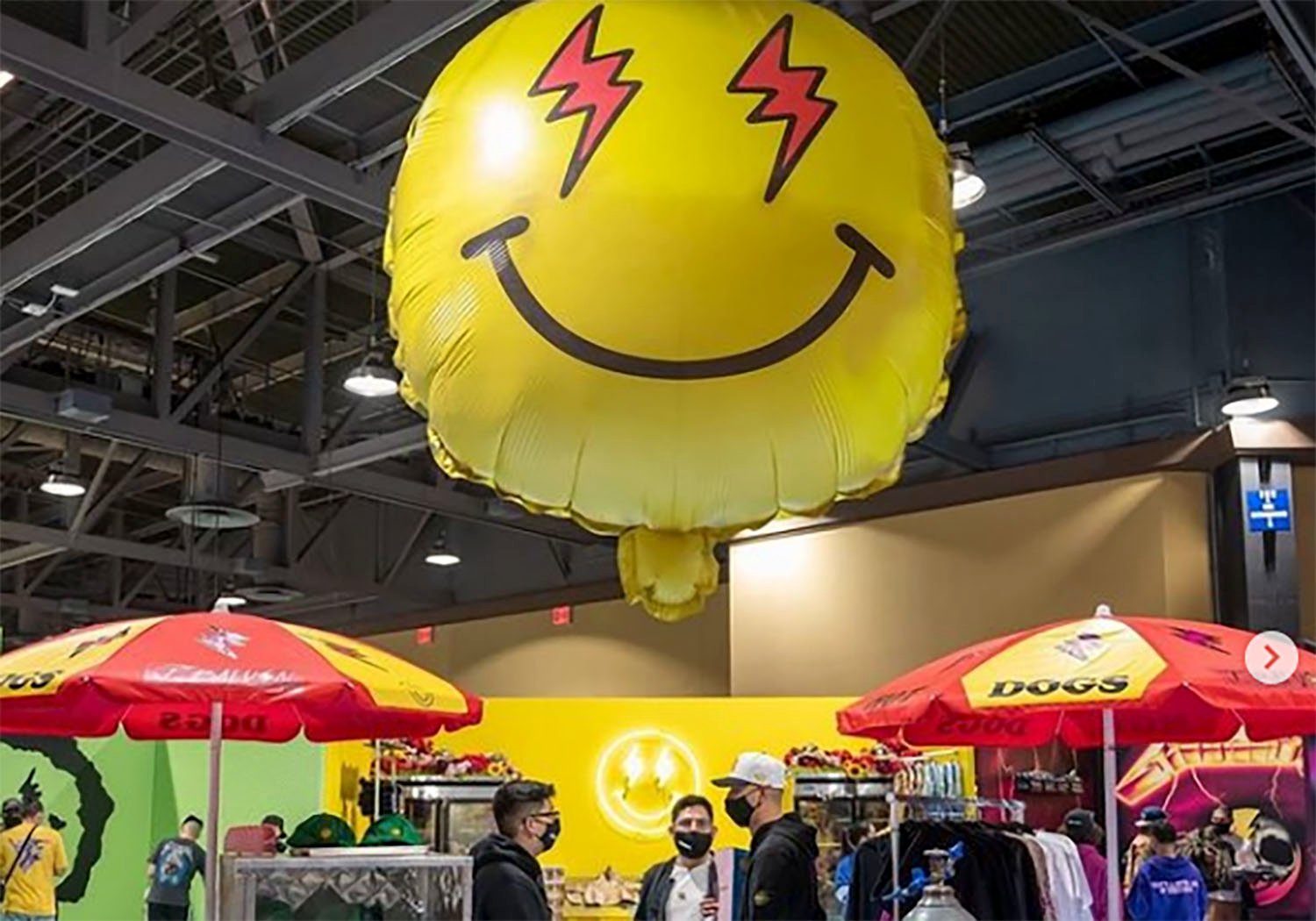 This lightning-eyed happy face balloon replica is one of J. Balvin's signature marketing elements. Designed to look like a huge helium balloon, this cold-air inflatable was constructed with heavy duty rigging points to make it look like it was floating. Fully customized from the ground up, this inflatable balloon replica was designed to capture people's imaginations. The balloon replica was used at ComplexCon in Long Beach, California. J. Balvin is a huge latin music sensation, and we were quite thrilled to be able to create such a fun and vibrant piece for him.

These gigantic candy pieces look real enough to crunch on, but we'd advise against that. For you see, looks can be deceiving. The hyper-realism of these candies from Candy Crush can only be attributed to the diligent work of our design and production teams. These tasty looking candies are actually airtight inflatables, which means they don't require a continuous blower system to keep them inflated. These particular airtight inflatable candies were used as pool floaties for a short commercial featuring Khloe Kardashian and singer Doja Cat, which can be seen in the video above. 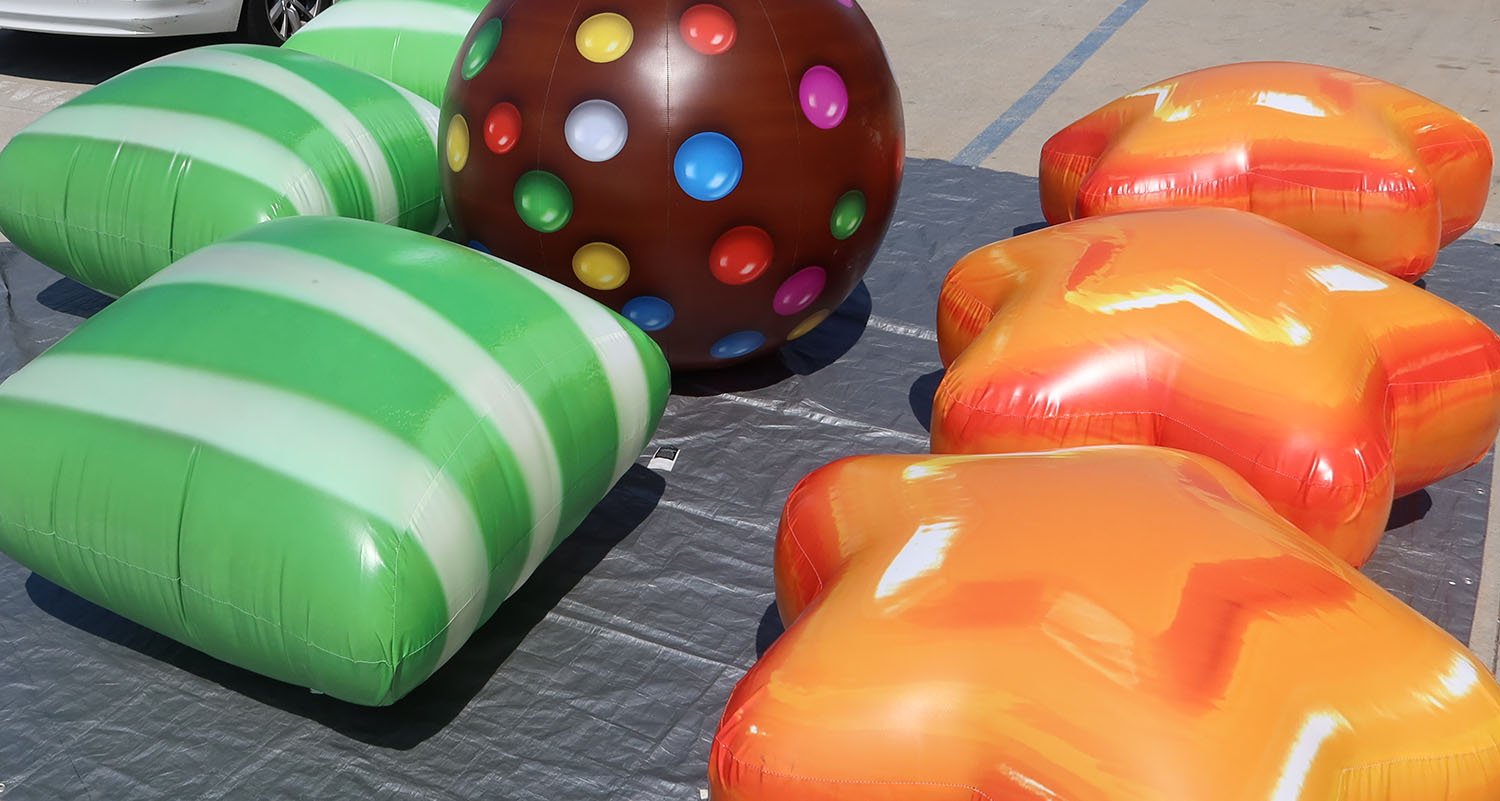 Whatever shape or size you're looking to get, let us know and we'll work our magic to make it happen. Our commercial grade inflatables are constructed in Los Angeles, using only high quality US made materials. Contact us with any questions you may have.